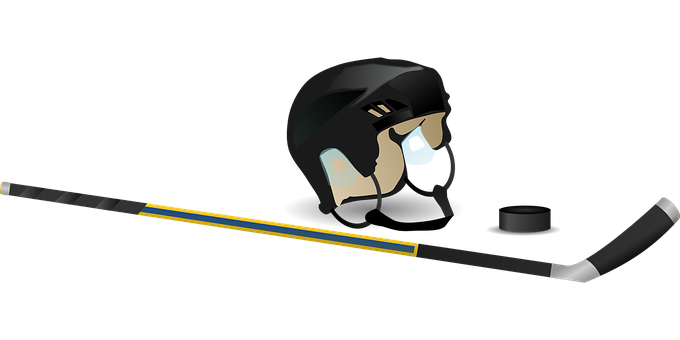 As readers know, I have long been interested in the intersection of the ADA and sports. Many of my blog entries cover that topic. The very first edition of Understanding the ADA back in 2000 had a whole chapter on it. The subsequent editions of my book always had a chapter on it. As far as the book goes, think of my blog like as updating the book in real time from week to week. The case of the day, M.U. v. Team Illinois Hockey Club, Inc. and the Amateur Hockey Association of Illinois, Inc., here, is one such case. I had the complaint in my pipeline for quite a long time. Yesterday, I decided to try and figure out whatever happened to that case. When I did that I found out that the case had been appealed to Appellate Court of Illinois and that the Appellate Court of Illinois, Second District issued a decision on August 19, 2022. The decision bears discussing because it covers a lot of topics that we have covered before. By way of explanation, the ¶ is what appears in every Illinois opinion. Several years ago, Illinois went to an Internet-based citation system and the ¶ is how you cite to a particular case. As usual, the case is divided into categories and they are: facts; Team Illinois is not a place of public accommodation; Team Illinois is not a place of public accommodation but it doesn’t matter; plaintiff properly pled that the Amateur Hockey Association of Illinois aided and abetted discrimination; and thoughts/takeaways. Of course, the reader is free to focus on any or all of the categories.

Plaintiff is a high school student and long-time player of hockey in organized hockey leagues and teams. She is also a person with a disability, in that she suffers from anxiety and depression. She has received professional medical and mental health support, and her medical providers approved and encouraged her hockey playing as a means to support her mental health. Over the years, plaintiff’s mental health has benefited from the physical activity, structure, and social connections that come with playing on a hockey team.

¶ 4 Prior to the 2019-20 hockey season, plaintiff participated in public tryouts for, and later joined, the “Girls 14U [hockey] team” operated by Team Illinois. Team Illinois is an Illinois nonprofit corporation that operates youth hockey teams as part of AHAI, which is the governing body in Illinois for USA Hockey. Team Illinois offers a variety of activities and services, including club hockey teams, practices, clinics, workouts, team meals, travel opportunities, sessions to review game tape, coaching, and opportunities to play in hockey games and tournaments before family, friends, hockey scouts, and the general public. Relatedly, AHAI is an Illinois nonprofit corporation and affiliate of USA Hockey. It regulates and controls youth hockey leagues and teams throughout the state, including Team Illinois.

¶ 7 The next day, November 14, 2019, Pedrie spoke to Mike Mullally, who is both a member of AHAI’s board of directors and a director of the central district for USA Hockey. Together, they “agreed *** to banish [plaintiff] from Team Illinois until she was able to participate 100% in Team Illinois Activities.” Pedrie then called plaintiff’s parents and informed them that, due to her suicidal thoughts, depression, and anxiety, plaintiff was prohibited from participating in Team Illinois activities and events until she could be “cleared by a doctor to return to 100% of Team Illinois activities.”

¶ 8 Team Illinois likewise “prohibited [plaintiff] from [having] any contact with Team Illinois players,” and it sent an e-mail to the other players and their parents directing them to have no contact with plaintiff. The e-mail stated that plaintiff was removed from any involvement and communication with her teammates until she was back to “the positive, happy, smiling kid that we all know she is.” On November 16, 2019, Pedrie reiterated in an e-mail that plaintiff was prohibited from Team Illinois activities until she could “take part 100% in all team activities,” including team strength training sessions and practices, as well as attend all games and all other team functions, such as meals, meetings, and video sessions. Two days later, on November 18, 2019, plaintiff’s parents had a telephone call with Mullally, who “confirmed that he and [Pedrie] had *** decided to exclude [plaintiff] from hockey” and “reaffirmed the 100% participation requirement as AHAI’s position for when [plaintiff] could return to hockey.” – 3 – 2022 IL App (2d) 210568

¶ 10 On April 9, 2020, plaintiff filed a charge of discrimination with the Illinois Department of Human Rights (Department), asserting that defendants subjected her to discriminatory treatment because of her disability. In February 2021, after an investigation, the Department dismissed the charge because it found that the claim lacked substantial evidence.

¶ 11 On April 20, 2021, plaintiff timely filed a three-count complaint against defendants, alleging disability discrimination in violation of the Act and seeking damages and injunctive relief. See id. § 7A-102(D)(3) (providing that, if the Department concludes that the charge lacks substantial evidence, the complainant may “seek review of the dismissal order before the [Human Rights] Commission or commence a civil action in the appropriate circuit court”). Counts I and II alleged that Team Illinois violated the Act by denying her the full and equal enjoyment of Team Illinois facilities (including Seven Bridges) and services because of her disability or, in the alternative, that she was denied those things because she was perceived by Team Illinois to have a disability. Count III alleged that AHAI, through Mullally, “aided, abetted and/or conspired” with Team Illinois to violate the Act.